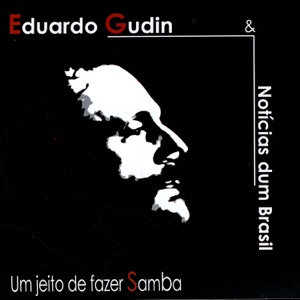 Acerca de Eduardo Gudin
Eduardo Gudin is an important Brazilian composer whose songs have been recorded by such names as Dick Farney, João Nogueira, Márcia, Paulinho Nogueira, Paulo César Pinheiro, Quarteto em Cy, Roberto Riberti, Paulinho da Viola, Elizeth Cardoso, Beth Carvalho, Gal Costa, Clara Nunes, MPB-4, Leila Pinheiro, Jair Rodrigues, and others.nn He began to learn the violão at 13. He then studied with Antônio Ramos, and later, with Leo Peracchi, Nelson Ayres, and Téo de Barros. At 16, he performed on the TV Record show O Fino da Bossa ("Morena Boca de Ouro," a classic by Ary Barroso also recorded by João Gilberto), invited by host Elis Regina. In 1968, Gudin abandoned the engineering college to dedicate himself exclusively to music, and in the same year was on TV Record's IV FMPB with his "Choro do Amor Vivido" (with Walter de Carvalho), which had arrangements by Hermeto Pascoal and interpretation by Os Três Morais. "Gostei de Ver" (with Marco Antônio da Silva Ramos) received fourth place in the next year's edition of that festival. But, at the IV Festival Universitário da TV Tupi, his song "E lá se Vão Meus Anéis" (with Paulo César Pinheiro) won first place and scored a hit in the interpretation by Os Originais do Samba. Gudin would record that song on his first solo album, released only in 1973 (Odeon), the album had the participation of Jane of Os Três Morais.nn In the '70s, Gudin became a regular accompanist for singer Márcia. In 1973, he recorded his first album, Eduardo Gudin (arrangements by Hermeto Pascoal). With the choro group Regional do Evandro, he performed in several appearances and participated in the recording of Brasil, Flauta, Bandolim e Violão and A Música Genial de Pixinguinha, both released by label Marcus Pereira, which specializes in historic documentation. In 1974, he opened the show O Importante é que Nossa Emoção Sobreviva with Márcia and Paulo César Pinheiro and released an LP on Odeon in the next year (when another solo album was released). The show's title was picked from the song "Mordaça" (gag), a strong reference to the dark times Brazil was suffering. The show was a huge success both in São Paulo and in Rio and in the next year, he did another show with the same label and released O Importante é que Nossa Emoção Sobreviva II (1976), which was the first recording of Guinga. The following years marked his important partnerships with names like Paulinho da Viola, Arrigo Barnabé, Adoniram Barbosa, Caetano Veloso, Aldir Blanc, Elton Medeiros, Paulo Vanzolini, Hermínio Belo de Carvalho, Roberto Riberti, and others. His song "Maior é Deus" was recorded by Beth Carvalho on her LP Pra seu Governo and became a national hit. Beth would also record Gudin's "A Velhice da Porta-Bandeira." In 1975, Gudin released Mãos Vazias and three years later, Coração Marginal (both through Odeon). In 1979, he was the mastermind of the I Festival Universitário da TV Cultura. In the '80s, "Paulista" (with J.C. Costa Netto) was a hit on his wife, Vânia Bastos' interpretation. "Bem-bom" (with Arrigo Barnabé and Carlos Rennó) was recorded by Gal Costa, who named the album after the song. In the next year, he released Fogo Calmo das Velas, in 1983 Ensaio do Dia, and in 1986 came Balãozinho (both by Continental), the same year in which Leila Pinheiro interpreted "Verde" (written with J.C. Costa Netto) at TV Globo's Festival dos Festivais. The song, turned into a hit in her voice, projected the then novice singer to stardom; she would also record "Paulista" in 1991. In 1989, he recorded Eduardo Gudin e Vânia Bastos for Eldorado. In the next year, he got involved in the creation of São Paulo's Orquestra Jazz Sinfônica. As a producer, Gudin worked on Beth Carvalho Canta o Samba de São Paulo (Sharp prize in 1994 for Best Samba Album) and on his own Eduardo Gudin u0026 Notícias dum Brasil (which featured Mônica Salmaso, Renato Braz, Luiz Bastos, and Márcia Lopes).nn In 1996, he recorded Tudo o que Mais nos Uniu, together with Márcia and Paulo César Pinheiro, which was a celebration of the winning show O Importante é que Nossa Emoção Sobreviva. He also produced Mônica Salmaso and violonista Paulo Belinatti on the recording and shows dedicated to the works of Baden Powell and Vinícius de Moraes, called the Afro-sambas. In 1998, he released Pra Tirar o Chapéu. ~ Alvaro Neder 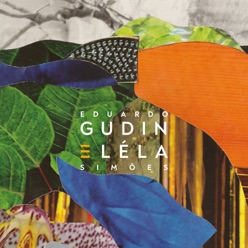 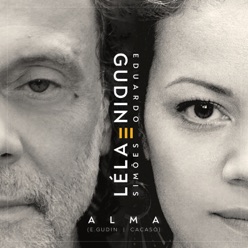 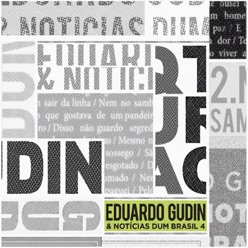