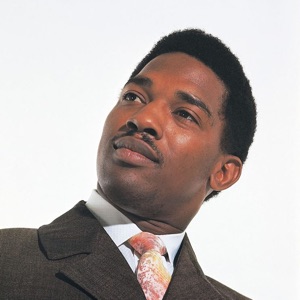 CIUDAD NATAL
Nashville, TN
NACIMIENTO
21 de enero de 1942
Acerca de Edwin Starr
Rightly revered for the storming protest classic "War," Edwin Starr didn't really need another hit to achieve legendary status in soul circles, so electrifying was that single performance. Starr first made his name as "Agent Double-O-Soul," and when his contract was transferred to Motown, he instantly became one of the roughest, toughest vocalists on the crossover-friendly label, with his debt to James Brown and the Stax soul shouters. Even if nothing else ever matched the phenomenon of "War," Starr had several Top Ten hits on the Ru0026B charts over the late '60s and early '70s, and also enjoyed a brief renaissance during the disco era.nnStarr was born Charles Hatcher in Nashville, TN, on January 21, 1942 (his cousin was deep soul singer and songwriter Roger Hatcher). He grew up in Cleveland and formed a doo wop quintet called the FutureTones while still in high school. They won numerous local talent competitions and even recorded a single for a small label, but Starr was drafted into the military in 1960, stalling the group's momentum. When he returned in 1962, he tried to get things going again, but to no avail; instead, he wound up joining Bill Doggett's group as a featured vocalist in 1963. Two years later, Starr wrote what he felt was a surefire hit in the spy-themed "Agent Double-O-Soul," and left Doggett's band to sign with Ric Tic Records and settle in Detroit. "Agent Double-O-Soul" hit the Ru0026B Top Ten later in 1965, and just missed the pop Top 20. Starr capitalized on the song's novelty appeal by appearing on-stage in a spy costume complete with toy gun, but proved he was no one-trick pony by returning to the Top Ten a year later with "Stop Her on Sight (S.O.S.)."nnMotown head Berry Gordy subsequently bought out Ric Tic and took over its artist roster, with Starr the crown jewel. Contract negotiations took some time, but Starr rebounded with his biggest hit yet in 1969's "25 Miles," which reached the Top Ten on both the pop and Ru0026B charts. The follow-up, "I'm Still a Struggling Man," wasn't as successful, and Starr was something of a forgotten man for several months. When he returned to the studio, it was with producer Norman Whitfield, who'd been reinventing the Temptations as a psychedelic soul act. Whitfield had co-written a strident anti-war protest song, "War," for the Temps' Psychedelic Shack LP, and in spite of growing demand for a single release, Motown didn't want the group to take such an aggressive stance. Whitfield recut "War" with Starr, and the resulting version was arguably the most incendiary song Motown ever released. It zoomed to the top of the pop charts in 1970, and its chorus -- powered by Starr's guttural delivery -- remains a catch phrase even today.nnThe follow-up single, "Stop the War Now," was blatantly derivative, but made the Ru0026B Top Five anyway, and Starr went on to land another significant hit with "Funky Music Sho' Nuff Turns Me On." In 1974, he handled the soundtrack to the blaxploitation film Hell Up in Harlem, a sequel to the James Brown-scored Black Caesar (Brown had originally been slated to do the follow-up as well). The lack of promotion signaled that Starr's days with Motown were likely numbered; he charted again in 1975 with "Pain," and bade farewell to the label with "Who's Right or Wrong." He recorded albums for small labels, including 1975's Free to Be Myself on Granite and 1977's Afternoon Sunshine on GTO, before finding a new home on 20th Century in 1978. Here he briefly reinvented himself as a disco singer, scoring his biggest hits in years with 1979's "Contact" and "H.A.P.P.Y. Radio"; his final release with the label came in 1980.nnStarr moved to the U.K. during the '80s, recording a Marvin Gaye tribute album for Streetwave and a handful of singles for Hippodrome over 1985-1986. His participation in the Ferry Aid charity project led to a deal with Virgin and a session with the hot production team of Stock, Aitken u0026 Waterman, but he didn't take to their high-tech dance-pop style and instead moved to Ian Levine's Motown revival label Motorcity from 1989-1991. Later he guested on dance remakes of his past hits by Utah Saints ("Funky Music") and Three Amigos ("25 Miles"), but otherwise recorded little until his death in 2003. ~ Steve Huey 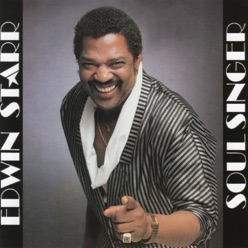 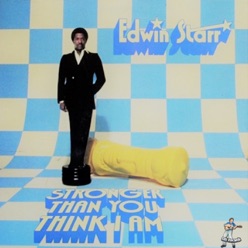 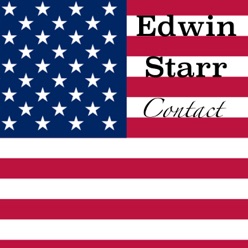