Little Joe the wrangler, he'll wrangle never more
His days with the remuda, they're all done
It was long about last April he rode into our camp
Just a little Texas stray and all alone
It was long late in the evening when he rode into our camp
On a little old brown pony he called Shaw
In his brogan shoes and coveralls, a harder lookin' kid
You never in you life have seen before.

His saddle was a Sother kack built many years ago
An OK spur on one foot idly hung
With his bed roll in a cotton sack was loosely tied behind
And a canteen from the saddle horn he'd slung.

Said he had to leave his home because his paw had married twice
His new maw beat him every day or two
So he saddled up old Shaw one night and lit a shuck this way
Thought he'd try and paddle now his own canoe.

Said he'd try to do the best he could if we'd only give him work
Though he didn't know straight up about a cow
So the boss, he cut him out a mount and kinda put him on
And we knew he liked our little stray somehow.

Well, he taught him how to heard the horses and learned to know 'em all
And to get 'em in by daylight if he could
And to follow the chuck wagon and to always hitch the team
And to help the carsonaro rustle wood.

We had driven to Red River and the weather it was fine
We were camped down on the south side of the bend
When a Norther started blowin' we called the extra guard
'Cause it took all hands to hold the cattle in.

Now little Joe the wrangler was called out like the rest
Barely had the kid got to the heard
When the cattle, they stampeded - like a hailstorm on they flew
With all of us a ridin' for the lead.

Between the streaks of lightnin' we could see a horse ahead
It was little Joe the wrangler in the lead
He was riding old Blue Rocket with a slicker o'er his head
And he's trying to check the leaders in their speed.

We finally got'em millin' and they sort of quieted down
The extra guard back to the camp did go
But one of them was missing and we all knew at a glance
'Twas our little Texas strayboy, wrangler Joe.

We found him there at sun up where old Blue Rocket fell
In some washout twenty feet below
Beneath his horse smashed to a pulphis spur had rung the knell
For our little Texas stray bos, wrangler Joe.

Little Joe the wrangler, he'll wrangle never more
His days with the remuda, they're all done
It was long about last April he rode into our camp
Just a little Texas stray and all alone 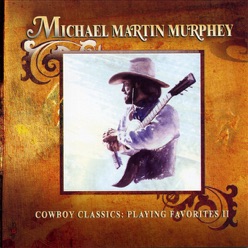 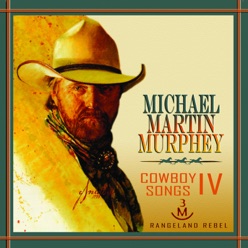 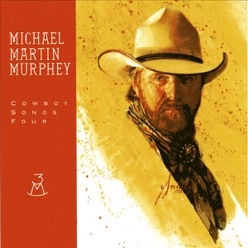