Through breakdowns, shakedowns
Arguments and fistfights and black eyes
We made our way down unfamiliar highways to get by
Passed street signs, white lines
Set out underneath a blackened sky
These ghost towns, fair grounds
Cityscapes and bar tabs pass the time

We'd raise a glass every single night
We cut up the road with the same mentality
Live fast, die young we said
It's a motto for the weak-willed
But a slogan shouted in sincerity
Through breakdowns, shakedowns
Arguments and fistfights and black eyes
We made our own rules and broke them all just trying to survive

A million miles an hour with summer's virgin hearts on fire
We headed for a crash course in disaster
Now it's a miracle we made it out alive
And I can say I wouldn't trade it for the world
Goodnight, sleep well
So long, farewell
This is only goodbye 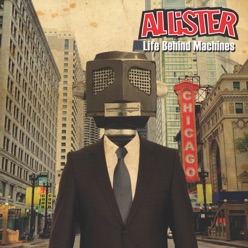