CES CRU music coming up out your speaker
the devils in the mirror prayin to God scrubbing his features
he came a hell of the way battling squads murdering features,
in the way that he's been doing it makes it hard for niggas to keep her,
they might be local for ever but tech swooped em,
for murderin everything in the middie Duke Nukem.
these suckers, throwin caution oto wind we might slaughter.
but just to set it off once again, be like water
don't focus on the finger, miss all heavenly glory
those rounds are fucking recycled no wonder you niggas bore me, pour me,
sucking me dry and my energy can't stop,
weave deversify the label, they lablein strange HOT!!
my angels preyin the demons, I'm wavein that's why I'm leanin
chug up a cup of blood now its somthing to put the lean-(syrup) in
meanin I'm whilen and out for the night
and I'm writing likeing it like it or not I'm right in the light and I'm likeing it
fighting em like a lykin
if I try then I might win
parasail them parel in soon as I catch the right wind
But to be one of the greatest it's to be hated
took a look around the room and it feels like I finally made it,

We graduated from the block with the full ride
cover the country side to the stage where we don't play games,
now come alive, shut my eyes, thinking, what if we never make it
all of the years that we invested or wasted
let's coming up close, I can see, told me to look but I don't touch
told me to touch but don't taste,
I've been starving for years, homie you're stuffing your face,
rather I work like a slave, then to be stuck in no place
and seein nothing no way, I'm freeing up my soul,
came with all my chakras aligned,
how could they possibly think I be falling off in my prime
strange gave me my shot, I saught it off for the nine,
patiently waiting my turn and you knoded off in the line,
homie, they you're calling your number, during your slumber I shine,
snatch it up what's it's mine
that class that come from behind when
I'm catching that high wind, my weapon is silent
you can hear what I'm thinking inside this deafening silence
two hands on the clock,
never forget what the time is,
meditation affect and perception under my eye lids,
I'm sitting in lotus I'm focus, no stagger in my steps,
taking the shot at my body and best they tatted my vest
nobody snatching my breath,
they only adding my stress, stress
padding my flesh, a lesson I have to accept,
shit happens I guess, click clack when I crept,
now seat back and ingest constant energy struggles and this track was a test. 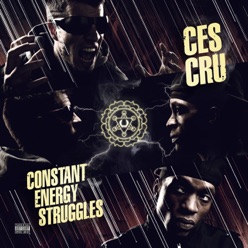