[Twista:]
Ya now out by the windy city south park
No cookin' in the kitchen, homie we put out raw
Midwest outlaw...Fuck with it? I doubt ya'll
Somewhere between Chi-town and Cleveland is where they found ya'll
Rolling through the alley in a caddy...
Throw my cali's at the hataz...O with a P
When they hit a nigga grizzle rocking city after city...
They gon' ask, "Is he doing it with Bizzy?"
And you know I ain't done now (Why?)
Cause we 2 of the coldest muthafucka...
To spit these fast lyrics on one track
Buck 'em with a lyrical bullet in the body...
Because I gotta get this fire to know shit don't stop
Pull up in a Lamborghini or the Ferrari...
Other one gotta get the props, so I gotta get the drop
Gotta get the doe and get the money, money
I could really feel it when I hear they coming for me
Try to get it if you think you feeling kinda lucky
Twin Glocks...so you know you better bring a buddy
And I got the ammunition for anybody...
That wanna go against the Midwest Militia
A whole crippled the competition for Bizzy
A whole crippled the competition for Twista
A whole crippled the world because it's us against it...
And the shit about the get ugly
The static come and hit em with the automatic...
Running through borough after murder but I'ma go and so I gotta get

[Bizzy:]
Me and my brother Twista getting it crunk
And drinking that goosey, with 'em a brew
Doing whatever we want to do
Get to the club, ain't nobody knew
Thought that we beefing, they try to divide the truth
Talk about who really started the style
How bout everyone living in harmony...
Look at the army, now
General 7, the belly is purest and we wanna get it...
At heaven, we dancing our way to the gates
If you coming we'll need every Muslim
We human, we're all in the brethren
Veteran deep in the city I pity the fool...
Who jump out of this fake
What do I look like massaging the thought
When they come with the matrix and say that we 'fraid
We'll never break...
'Member that conny and Twista
We're gonna go through the fire, never expire
Give it the way that they want it...
The fun of for you if you tired (What about...)
Money, you tell me what's money to you
Pay for the rappers and corporates...
The office that burn wood, but the burn good
And the brain wave...Puts the energy, certainly
I don't have time for emergencies, baby the word...
And we walk with the covenant
Party and popping the melody...
Baby, I know that the ladies be loving it
Brush the dust (in the) enemies way, get 'em a drink
We look too lovely, the spirit is present
And never be hesitant, Twista and Bizzy
We getting this money, Nukka 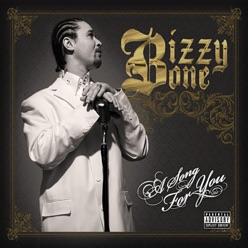 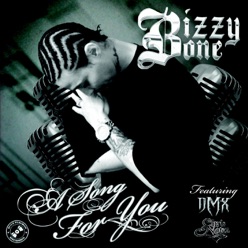