It was the (beatboxing) that got me (beatboxing)
It was the (beatboxing) break (beatboxing)
Deflate cuz i was gassed
Head over heals in love with the electric drums
And spoken vocals which was the joke of locals
And laughing stock of my rock and roll ass town
But the rhythmic acupuncture pierced my skin
Pinning the butterflies to my stomach
Which would flutter everytime i heard the (beatboxing)
More than the (beatboxing)
I was no devil worshiper
Higher level interpreter
I refused to lose focus and recite satanic verses
With manic curses
Drug induced worst i know they were saying
Kill your mother cuz it paid them well
Yet in my flashback i see the foreshadow
Ironic twist my first purchase was a hip hop record
Called raising hell
I should have run when i had the chance but dmc's
Made be wanna breakdance, made me wanna spin vinyl,
Made me wanna graff-write, made me want to not act white
And not to perpetuate any stereotypes but
I was not about the mullet icehockey haircut
You know the mullet, short on top for the fellas
Long in back for the ladies, yea!
I was not about the stonewashed nuthuggers with the french
Rolls on the bottom so tight that it turned my toes purple
Nor was i about the ripped jean jacket with the megadeath,
Metallica, and slayer patch
I had an internal itch for the (beatboxing) and never
Could i get with () guitar riff, () guitar riff, ()
I had wild style wars, i rented beat street every week
As i rocked steady wearing out the play rewind and slow mo
Buttons on my vcr
I did the pause-play, rewind-stop-play, pause-play, pause-play, pause-play
All day forcing my way into comprehension of inner city invention for me
Was in the expression which would eventually win me acception
(one exception) those around me couldnt give me affection
But i played and paid that video attention till i eventually i
Completely bit the (beatboxing)
And found my new religion, born again b-boy, born to destroy
Decoys and be the real mccoy, yea boy!
I wore the clock so you could know the time
Chuck d told me to keep a sober mind, and even though his
Sidekick liked the flavor of bass, i swear to god
Hip hop was about being drug free
I swear to god hip hop was about the upliftment of humanity
And i swear to god hip hop was what rock was not was what bach
Was not was not pop, (pop! pshhhh)
Guess i was gassed!, see i remember when dr dre used to expressss
Himself about hating the chronic, a few years later he's
Endorsing it while drinking gin and tonic
Suburbanites that blast mase learned their mad face from onyx
It was a rat race the first to properly use ebonics
Dynomite like jj, but it was a fad like super sonic
Hip hop flipped from being autistic to a pop hit
Mainstream took control and we cannot stop it
Its a black art, being manipulated by white controllers
Just like rock and roll is ... we took the (beatboxing)
We took the (beatboxing) ... 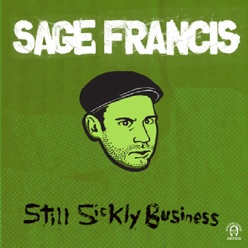