Residents of the Indian capital, Delhi, are reported to be panicking after a series of attacks by mysterious creatures, described as man-monkeys
At least one person is said to have died and 35 others have been injured in attacks in recent days or while attempting to flee in panic
Police in one Delhi suburb say they have ordered officers to shoot on sight to halt the ape-like menace
Indian newspaper reports described the creature as short, dark and hairy, with human legs and an ape-like face
It apparently scratched and attacked people sleeping on the roofs of their homes, during the scorching summer months
According to the Press Trust of India, Delhi police received 29 distress calls from the east and north-east parts of the capital on Monday night

One person in the eastern district of Noida died when he jumped from the roof of his house in an attempt to save himself from attack
In another district, a pregnant woman fell down a flight of steps in fright, the Hindustan Times newspaper reported
Police are now said to be preparing identification kits of the creatures which allegedly jump down from tall buildings and sprint long distances in seconds
It is indeed intriguing how a human-being can jump down from multi-storey buildings and cover long distances within such a short space of time, joint commissioner of police, Suresh Roy, said
Zoo officials have also been contacted to help the police investigate the attacks and patrols have been stepped up in areas where the man-monkeys are said to be operating

Police in the Indian capital Delhi are still on the trail of a mysterious creature which has allegedly attacked the city's residents
The creature, which is described as part man, part monkey, has apparently struck in 65 locations and has led to the deaths of at least two people
Police say they have been flooded with panic calls, not all of which are genuine
Altogether we received about 100 distress calls but only 16 attacks could be verified
Eighteen people have been injured since last night. We cannot yet say who, or what, is causing these attacks, he said

The attacks have taken place at night, and have targeted people sleeping on the roofs of their houses to escape the summer heat
But their job has been made harder with the wildly varying descriptions of the creature. It is said to be anything between a tiny man to a tall beast - some say with metal claws
When I grabbed it, it turned into a cat with glowing eyes - one resident, who claimed to have encountered the creature, said
"It looks like a monkey and has green lights as eyes and springs on its feet. It has a huge metallic silver hand which glows in the dark - he said

The event has made the front-pages of the capital's daily newspapers, which have even published police sketches of the mysterious creature
But animal experts rejected the notion that the creature was a primate of any sort
I am 120% sure that they are humans
These are most definitely pranksters who are getting kicks our of their jokes and, in the process, giving monkeys a bad name - she said
Delhi is home to the rhesus monkey which has become a menace in recent times, attacking bureaucrats in government ministries and tearing files and documents

Vigilante mobs have stepped up patrols in the Indian capital Delhi on the trail of a mysterious "monkey-man", whose fierce attacks have caused panic in the city
Residents and groups of young men armed with clubs, sticks and knives are walking the streets, flouting police orders against vigilante groups
An extremist Hindu organisation, Shiv Sena, believes the "monkey-man" is a sinister plot hatched by Pakistan and has deployed scores of activists armed with swords and tridents
A television news report said that in one case a frenzied mob of around 150 people caught and beat a man in the east of the city, only to discover that he was an innocent bystander

The attacker, which is described as part man, part monkey, has apparently struck in 65 locations and has led to the deaths of at least three people
Police say they have been flooded with panic calls, not all of which are genuine
The attacks have taken place at night, and have targeted people sleeping on the roofs of their houses to escape the summer heat
The Delhi police have formed a special team to apprehend the shadowy attacker

They also offered a reward of 50,000 rupees (that's around 1,063 US dollars) for information leading to the capture of the monkey-man, which they now believe is not an animal
It's definitely not one person - Joint Commissioner of Police Suresh Roy said
Events seem to be happening at different places at the same time so it could be a number of mischief-makers who have formed a small gang
Meanwhile, a team of Hindu priests said it would organise special prayers on Saturday to appease the elusive creature
To rid the people of Delhi from the menace of this mysterious monkey-man, we will hold a freedom-from-monkey-man prayer - the group said in a statement
The Indian Rationalists Association has dismissed the "monkey-man" as a case of a mass self-delusion
The association said the bites and scratches could be self-inflicted
It is a well-known phenomenon in psychiatry that people with a pathological desire for attention inflict themselves with wounds or strange marks on their body 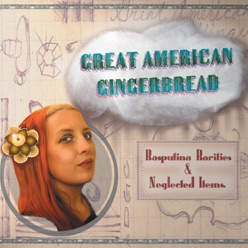