Annotate kevin cossom:
Yeah, I'm on the move, I can-can't look back (no way)
Screaming "no regrets, no regrets at all"
Wasting time, I can't get that back (can't get that back)
Uh, so everyday I go hard
Real nigga and all my niggas real niggas
Came from making real figures (too much money) nothing less
No regrets (let's get it)
No-no, no regrets, ahhh

Pusha T:
Say hi to the bad guy, say ahhh to the champagne
Got a call from my jail niggas, said I'm doing my damn thing
(Woo!) they see I'm doing my damn thing
Magazines, videos, they ain't missing a damn thing
Nowadays I sell hope, what you rather I sell dope?
What I sell is a lifestyle, naked bitches on sailboats
Foreign cars on a freight train for every nigga they railroad
Rent-a-cars we road run, money longer than train smoke
I done been in that same boat, I ain't letting this chain go
Representing my niggas down till they free 'em like django
It's the same old, just the same old
How the game go, where the pain go, where the blame go
My mind wanders on a pj, my momma brought up in the pjs
In the club sippin' p&j on the same arm as my piaget (woo!)
If I leave today, throw the keys away
But I'mma live today, I wanna see tomorrow, I wanna lead the way
Aoooww

Jeezy:
Momma had me in the ghetto (ghetto), I was raised in the slums (slums)
Every hero got theme music, guess I need me some drums (yeah)
Bought me a 5 for 50, I bust 'em down, it was (woo)
Trying to be fresh as forces, I swear they white as new ones
Streets taught us, streets raised us, had it less determined
Dodging jackers, dodging murder, federal escaping (damn)
Uncle got power, now I see him in another 10
We was set up just to lose, lord know we trying to win
In the pursuit of this powerless masterpiece to the hour
You know it's platinum and waterproof, wear this bitch in the shower (ha-ha)
Yeah, we want finer things, plus a plug in the scale (scale)
Yeah, them plates shining like diamond rings at back can't you tell? (that's right)
In the hood I'm a king, king arthur to the people
Except he got his on a chariot, I got mine in a regal (yeah)
Sportcars, italian leather, princess cut, [?] baguettes
Law of physics say them 9s weigh more when they wet
No regrets

Pusha T:
Presidential I came back
April showers I rains back
Jumped ahead like june something
Still I'm wheeling that maybach
Tom ford with my braids back
Tom ford and my shades black
Dope boy with a cape on
Super-sizing that beige back
All white like gotti said
Ye told me I'm outta here
Mentioned ye two years ago
Yeah, I got that by the square
(Woo!) and you could buy a pair
20 Or more and we'll fly 'em there
How you acting like I'm ain't here?
D-boy and I pioneer 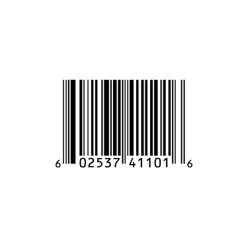 My Name Is My Name
2014
Ver todos los discos