On a muggy night in the north end in July
A kid named Joseph Beeper Spence
Took a shotgun blast to the back
And died...
There by the CP tracks, along the great divide, you see
Fought two native gangs called the deuce and the I.P.

Dances with warriors, hatred between slaves
They kill each other off, we all get saved
I can't help but think... his mother's tears
Beeper Spence was thirteen
In the northern frontier

A van crossed the bridge that night
And stopped at Flora Avenue
When Beeper thought they'd lost their way
Walked over to see what he could do
"Are you I.P.? Straight up," he'd say
Even if it wasn't true
"Bust a cap in his ass."
He turned to run, heard the blast
Then he was through

The kids in the van weren't much older than him
Couldn't tell the difference by the color of their skin
One thing in common, and one thing was real clear
Their future was ended in the northern frontier

Dances with warriors, hatred between slaves
They cut each other down and no one is safe
Jeff Giles is cut down in his twenty second year
Trying to stop an I.P. robbery
In the northern frontier 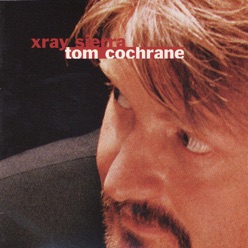