You flush a fish down a toilet and look down to
See your second hand is dead still.
You think them somehow connected but you can't be
Sure and it's just as well.

What to do next when the shit piles up?
You can't decide. You go outside.
Stand in the moonlight drinking coffee from a paper cup.

You'd almost swear you hear voices, but you know it's
Nothing but a noisey, guilty conscience.
You hear monotonous noises. It's that time of night
Its so predictable.

Oh what a feeling to listen to your blood.
The way it feels when it congeals,
Like someone sucked you dry and pumped you full of rocks and mud.

You won't decide anything tonight. No need to
Rush things, they'll keep until tomorrow.
Just make a fresh pot of coffee and stay up
All night and get nothing done.

Don't you hate preference? I know you hate choice
Just hang your limbs out in the wind
And clear your throat because you don't know when you'll need your
Voice

You hope it won't be long before you're back in
The action like a moth around a light bulb, but
Who gets to say when the switch flips and the
Light goes off and you fly away.

No Traffic de All 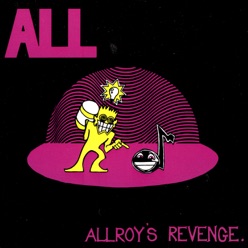