On Earth As It Is

Hallelujah when I do ya

Shit, I ain't never seen an angel, virgin bitches with halos
But my secular metaphysical theology is fatal
Because me with a mic cable is a religious experience in itself
I got a message from God
He said, "Don't even try to fuck with me," suckered reluctantly
Carried the cross and uppercuts and at that, I'm hazardous
I speak to the heads and raise the dead like Lazarus
Led the fucking lambs to the slaughter, and walked on water
When it's frozen, in the ground influence and I'm on point
like the unicorn and you need a form, to bring rains
to Desert Storm for 40 days and 39 nights
So my cerebral flows flood the Earth with a, megahertz
And the first shall be last and the last shall be first
Reciting a biblical verse before I make your melon burst
Like that nigga Jules from Pulp Fiction
My salvation is salivation, and diction crucifixion
It's a blessing just to live another day they say
Because the Lord giveth, and the Lord taketh away
So my niggaz pray five times a day and still
carry a trey-five-seven (On Earth, As It Is In Heaven)

(On the planet) Earth, it was my place of birth
Born to be the sole controller, of the universe
Drinking with the Lord and shoot dice with Christ
Hitting seven, On Earth, As It Is In Heaven

Feeling like a cock, cause I be talking to a burning bush
But I'm not knowing till I fornicated with the hoe and
caught the claps so, my first communion consists of
bread and wine and dioxycill in one-hundred milligram capsules
Let the commandments begin again
Cause just like Moses on Mount Sinai, I broke all ten
For the believing, in the evening, when I covet my neighbors wife
I do dirt and get works to reap life, victimize
and give us this day to make our daily bread
Cause if I'm broke I'm serving cavvy in Bethlehem
Or selling my soul to Satan, six figure record deal
protection's my religious denomination, B.C.
I be the coming like when Mary's water broke
So let there be light, so niggaz can see I rock mics religiously
Those who believe ye shall receive
But non-believers, you niggaz doubt my existence like agnostics
The hostile gospel, I apostle, with epistles from speaking in tongues,
but God sewed up and gave his only begotten Son
to set it on niggaz, blowing backwards bastards to Kingdom Come
And knowing the Judas in my crew
So do unto others before they do unto you
Like Rastas heads be dreadin
Phoenetic armageddeon (On Earth, As It Is In Heaven)

I hit the planet like a plague
The Book of Revelations red dragon with ten horns and seven heads
and seven crowns skills concealed until the Seventh Seal revealed
to fulfill prophecy
From D.C. to AC/DC radio receivers
The messiah comes back igniting the fever in the rap world game
(The hit after) The three headed raptor, is after
You hear the HemisFear trinity raps rap to you Babylon fires
Cause thou shalt not worship for sire
Just like David guillotined philistines even God is homicidal
Fucking these kids like catholic priests after mass
Pubic hair of lamb's wool, and feet of burned brass
That I can put up in your platinum ass son
Instead I arrive the Golden Child, every knee shall bow
when the divine styler is speaking in parables
Like old baptist churches I'm getting old bitches hysterical
HALLELUJAH! Praise be to Mamadullah, I blew God and not
another nigga hotter, believe that Meshach
The hip-hop martyr who sacrificed and gave my life
But got 4Pac, so I'm livin the Thug Life in the afterlife
Then I be walking through the pearly gates
with an infared scope ten millimeter heater
Cuz if my name ain't in the Book of Life I'm snuffing St. Peter
Drinking the blood of Jesus Christ and pissing holy water
no QUESTION who can come cleaner
M-D-C plus M-I-C equals holy B-I-B-L-E to me
Matrimony is getting head but I refuse to break bread
with Jezebels, my management already gets twenty percent
so fuck tieing, go to Hell
I'd rather continue backsliding
You're not from the tribe of Judah, so why you lying?
Come watch the Zion, I'm signifying
the next shit to wreck shit and see the Exodus

On Earth As It Is de Ras Kass 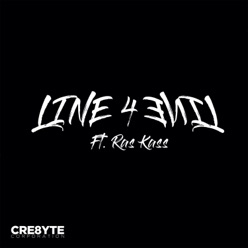 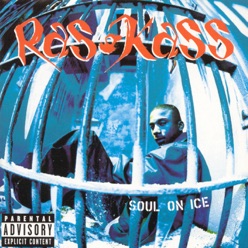