Now once upon a time, way back in the day
There was an MC-killer by the name of E-S-H-A-M
And he was known to murder them all
Gun-clapper leave a rapper brains all on the wall
Now, nobody coul fade him cause he was known to murder em
And kill the wack DJ's who never heard of him
The radio was scared, they wouldnt even listen to him
But he's gettin payed, and the flash of pistols to em
He lives underground in parts unknown
He's known to take your cookies to boogie the bloody microphone
Seven MC's, put them in a line
Then add seven more niggas who think they can shine
Well, it'll take seven more before I'll go for mine
Then I'll "blocabloca" my nine rhymes at the same tizzime
They say, "MC-killer, dont let him rhyme around you,
He's bound to pull a nine and blow your mind all around you"
Now they got a white chalk line all around you
Hanging from a telephone pole's how they found you
Psychopathic, automatic
Weapons get drawn if you got some static 'cause

Great scott, a monsters high on top of the Penasca
Bustin off shots with the twenty-five-shot glock
This is back when the wizard was cutting shit up
Plus ain't nobody saying nothing, so I'm shutting shit up
Killed another MC, scoped him from high off the tower
Radio stations blow out your power, sniffin powder
How the fuck I killed another DJ?
Special request: I serviced his ass with the AK
P-P-P-P-P-Pow muthafucka, ain't no love in my mind
Ain't no tarnishing my game, ain't no dulling my shine
Still nine dead bodies real hard to find
And if you want to kill some more times, press rewinD 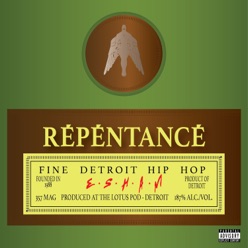