[Intro:]
Just about anybody who used cocaine in the 90s and 80s was using Pablo Escobar's product.
Escobar was probably the most violent, the most ferocious criminal that has ever lived.

[Hook: Gucci Mane]
Money stacked up like Pablo
Peso after peso
You don't want to war with Pablo
They'll kill you when he say so
Touch down with it like Pablo
In Zone 6, I'm Pablo
Diamonds on my neck like Pablo
And the feds on my ass like Pablo

[Verse 1: Gucci Mane]
Stop the track! Salute to El Chapo
21 gun salute, R.I.P. Griselda Blanco
Peso, euro, all about dinero
Tailored suit like Pablo, time to sell this yayo
Guwop, call me Pablo
Box-load of bricks with a bar code
I could cook a dude something with a blindfold
Mail your head to your mama with your eyes closed
Pablo life, got them Pablo prices
And I'm keeping steady, so I'm Pablo icy
And the whole crew like it if Pablo like it
El Guwop drop trying to outsell Nike
Pablo, Pablo, Pablo, Pablo
It's silver or lead. Yeah, that's my motto
Young Scooter, my vato
Ferrari, my auto
Head honcho, house so big they think I hit the lotto

[Verse 2: E-40]
Extendos, cinnamon rolls, Pillsbury big biscuits
7.62s, and 5.56s
Telling is prohibited, snitches witness
Turn a blind eye and a deaf ear
You probably want to mind your business
Act like you can't see or hear
A-tisket, a-tasket
Now the fuck nigga in the casket
My money stretch like elastic
Serving that tragic magic
That nasal candy, that nostril dust
You don't really want to go to war with us
Ashes to ashes, dust to dust
Bringing in work in U-Haul trucks
Got more bags than Kris Kringle (Santa)
Puffing on a spliff of Bullwinkle (spinach)
Manipulate a broad with the lingo (slang)
She let me hit it we ain't even have to mingle (game)
All up in her panties like a single
Put it down like a Mandingo (beat 'em)
Having my chips like Reno (feddy)
Guns longer than the neck on a flamingo (thumpers)
If you're ready already, then you ain't gotta get ready
I'm out here selling that [?]
Hoping the law won't catch me [?]
Serving fiends, smoking out of homemade pots
I'm a thug from the mud, I've got the block in my blood
I'll take the top off the bottle and drink a bottle of the suds
Down and dirty [?] put some cheese on your sauce
Real [?], no matter the cost

[Verse 3: Trinidad James]
My big brother, the dope man
5 straps like [?]
It's Pablo and the pimp man
Tax a bitch like Uncle Sam
Fuck niggas be like "aw man"
Cause we young niggas and we getting it
And y'all niggas is jealous
Cause y'all niggas ain't getting shit
I say yes, nigga, indeed
I dress better than I read
Shine gold teeth when I chief
Pick your eyes up when I speak
Got that big ranch, real horses
Y'all niggas blue cheese
Only talk big money, with real niggas
Y'all niggas too cheap
Pablo!

[Outro:]
Escobar did not fear Colombian authorities, but he did fear American justice, and American prisons.
When he could not get the law changed, to keep him from being brought to trial in the U.S., he tried to kill the lawmakers. 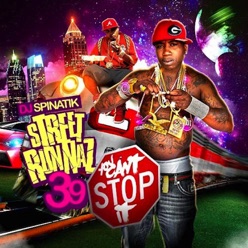 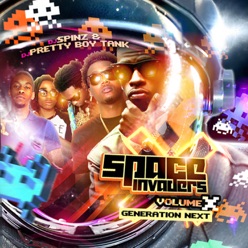 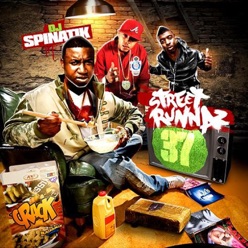 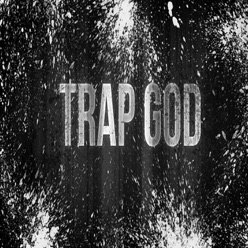