Psychic to the Stars

Now I got a new career and I charge a hefty fee
Why it worked for Dionne Warwick now it works for Cledus T.
Call me 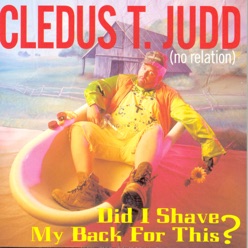 Did I Shave My Back for This?
1998
Ver todos los discos