Get your paper~!.. Get your paper~!
The real funny thing is..
They say something is wrong with you guys...so it's wrong..
There isn't anything that pricks our conscience..
They're always saying 'they're victorious with their faces'..
'they're business products'..
Aye..Yah yah yah..
We're business products?
At least we're better than the person who made a book of insulting others..
You saw that book?
It was funny...
WooHyuk say something..
Well, I really don't have anything to say..
They are having a hard time too... (laughter)
Like gentlmen,
we just have to say one thing,..
What~??
Puhahahahahahahaha.. --

Uh, At first you disregarded everyone flauntingly
As if you would suppress everyone you appear~!
grandly, arrogantly with style..and uh hu
after saying this and that we find out the misarable reality about you guys
Little by little society and compromise (compromise)
Gradually follow (follow) us
The ddandara (celebrities) that can't be~ lalala
Your back is worn out trying to follow us
Is your traditional pride crumbled

How is it
The world is not that easy.
We don't think that you guys will not be able to understand.

Why do you have so many complaints about society
What in the world are you thinking about
Are you really even worrying about the country
But what is this
Is it time to play freely like this
Instead why don't you donate to help the needy or participate in the nation's charity
But no more than that?
What are you trying to do?
Please let's do it moderately now

Because you always stretch the words tediously there's no other choice for us than to become perplexed
Really this situation is too much Now!
Now! Don't become excited at my words and listen carefully uh hu
However we become we live from the blood and sweat that flows
But in a time where we don't even compliment others enough while we live
Someone makes a book from insulting others
Check! Glue your lips uhhu uhhu
I think you are the person who should be insulted
Look now Look at the puppet
Look at the world where only the puppets are changed
It's beautiful
You people can't be any more better than puppets
We are not one's with no thoughts
These lyrics are our thoughts
The Goddess of victory is always smiling towards us eh he he he

Hey, now everything I wanted and everything you wanted has all been achieved
Raise your hand and answer
Are you really righteous
Because an opposite effect took place instead,
are you saying something from the uprising
A hero
Is it correct it is made by the surroundings?
The sound of someone saying they are the hero
Someone saying they aren't becoming the hero
Slowly as you grow older year by year
Your own thoughts form and due to that big and small things,
unwanted things happen here and there but there is no need to rise by trampling on others
Sometimes there is a need to match yourself for everyone
There's no need to learn the bad
It is an ignorant act to evaluate with an emotioned bias
There is a small need to know others to win
As they flounder so far far away,
that they can't catch up, they are so behind
that they can't be seen and,
even if they try to catch up
it will be so so hard uh always
that is appropriate only that is correct
As if it isn't definite
As if a variable was existent
A big wish in a corner of our heart that wishes that there is a small part of your heart that understands us just a little
We too have no bad intentions
Thinking this is not just a joke of words
And the 21 century that should absolutely not be taken ridiculously
Gather our strength we make everyone live well 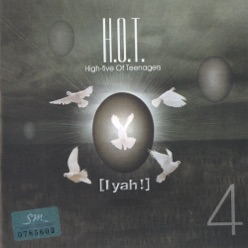