Put Me Back Together

It was premeditated, both my legs came off
They wouldn't stop kicking, i hung upon a cross
It runs in the family, i acted on a whim
I left the engine running, i didn't feel a thing

I had an addiction, i tried to stop a fight
I had a son or daughter, i was ill alright
I was in police-custody, lightning came my way
I jumped, i slipped, i fell

It was really nothing, i coughed a little blood
I tried to save my baby, i met an angry dog
I was under water, i skated on thin ice
I was only seven, and i got knifed

I angered everybody, i starved in every way
They called and said they'd visit, but no one ever came
We were sure it wasn't loaded, i couldn't reach the phone
My heart was exhausted, i saw the sky explode

I tried to fix the tv, it was a hit and run
My boyfriend beat me, i felt myself go numb
The guilt became unbearable, i didn't say goodbye
The building was on fire, i was asleep inside

I carried a virus, i collapsed at work
I wasn't cured from cancer, she said it wouldn't hurt
We were in the forest, i laughed a lot that day
I was with my loved ones, i slowly bled away

We were on a class trip, snow! we yelled and ran
Nothing too eccentric, i never saw the ban
I was really really old, i didn't hear that train
The last i felt was rain

Put Me Back Together de The Bear Quartet 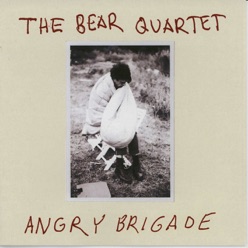