[Verse 1 - Pressure]
It's the next chapter, where's all my head at?
You slept at the fact that we crept back to,
Set factors straight, the only dead rappers,
Are penned at the papes of no cred actors,
Those haters, no you don't faze us,
Cos you don't know shit so, you're on a need to know basis,
And those gracious folk with no status,
I made this flow for you, no your own name is,
Not a part of the bigger picture, listen it's the,
Middle finger that you put up in a fixture,
Life's a bitch and it'll hit you,
If I could pimp women like I do words I'd be living literature,
Hip Hop's a circus act this is absurd but fact,
One critic or cynic for every that learned to rap,
One lyric with gimmick for every with purpose that,
Furthered rap culture round the earth and back,
But some diss but when I'm up in your face,
You're a man of your word; you got nothing to say,
I got respect for the scene and love for the place,
Where I bled for my dreams and struggled for change,
We're still striving on, were still alive and strong,
Right or wrong I'd still kill for where I belong,
Insightful on the real deal when I write a song,
Question, you still feel the vibe I'm on?

[Verse 2 - Suffa]
I'll have the whole crowd like, oh shit, that's right I said it,
I'll be like, da, da, da, da, roll like the credits,
Two of the best to ever edit poetics,
It be the three headed beast from Obese come to set it,
Off, Hilltop in the place, sir just calm down,
Spit fire on stage and burn your bar down,
You hear it bumping in clubs you turn your car round,
You hear it pumping in pubs you buy the bar a round,
Pump it up in your car; turn your car into a club,
Smash through the wall of a pub and burn the bar down,
Just burn the bar down, like a disco inferno,
MCs aren't the only thing we burn though,
I'm the arsonist like Rakim is,
So ask your kids who the number one artist is,
Obese got the mad fucking roster while,
Your crew couldn't even house a foster child,
You're flamboyant like Oscar Wilde, I got to smile,
When you panic on stage like you lost a child,
Where's Benny? Benny's across the road watching Hilltop,
Cos they got the flow the hills have still got,
The skills, the beats to get nice on,
Don't need drugs, I get a buzz when the mics on,
So hit the floods Suffa like it with the lights on,
Hilltop, we're what's left when the vibe's gone. 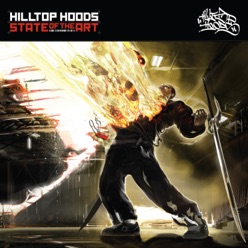 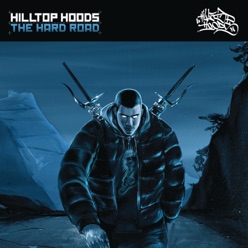