Oh hey
Did I ever tell you about the time that ninja brian and I saved the world from super monsters?
Yeah, that's a thing that happened
So please, pay attention
I'm talking to you, doug. Jesus

It's the middle of the day but darkness falls on the city
It's the shadow of a giant cybernetic death kitty
And on the other side of town something rages down the path
If you had a lisp you'd know it's kickin' therious ath
Mortal enemies since the early days of yore
We're just collateral damage in their giant-ass war
They rumble, battle, tussle, and then do a cocky strut
They both know they're kicking earth right in its planetary nuts

Not a single human being can survive in the vicinity
It's kinda like godzilla squared but also times infinity
Me and ninja brian were just chillin' at our place
When we got a frantic call from the president of space
Saying, "you're the only hope to save billions of lives"
I said, "I'm making baked potatoes and I'm about to add the chives
We can be there in an hour if we really, really try."
But we didn't, so they ate france, sorry if you died

Fuck! I just had that re-sodded. That's gonna be another twenty-five dollars, at least. Damn it.

A couple hours later nsp hit the scene
You know we could have been there sooner but we stopped for ice cream
"Where have you been!?" screamed the president, "we're all under attack!"
"I had a craving for pistachio, get off my fucking back."
Brian busted out a keyboard and I grabbed my blue bass
Some guy said "what are you doing?" so we punched him in the face
Superpuma was a girl, rhinoceratops a dude
We knew that all we had to do was get them in the booty mood
We rocked so hard it put the monsters in a trance
And they lept up on each other in a frenzy of romance
I was immediately sorry that they weren't wearing pants
Now I can't forget the sight of superpuma getting lanced
When the sex was over they took off into the sky
All the world screamed "nsp you are super-awesome guys"
So we finished off the night with an amazing rock show
Then brian stabbed a random guy while I got laid twice in a row 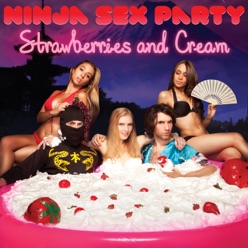