Verse 1]
I never knew the world could be this mad
Only vision I had of sex was Color Me Badd
And I never knew the world could be this cold
Only time a nigga die, he was playing a role
But now niggas get their souls stole' so often
They only thing they offer dreamers is a wake and a coffin
From NY, to Compton, down to Austin
She said that orifice morph into abortions without precaution
Problem with our people, there's too many wanna-be Jordan
Too many forces thinking they could make a fortune scorin'
Too many wanna-be actors instead of achieving their masters
At least a bachelors but no, too many wanna-be rappers
That's just statistics, don't mistake me for hypocrites
Like niggas in the White House supplying Wite-Out
On Jim Crow Laws, you probably missed it
Hard to be persistent when you're tryin' to fight for your existence

[Verse 2]
Person mad nervous, you surrender to sterling
Look them in the eye, If looks made you die, you know you merk ‘em
Right there, plus his hide is like, right here
So you know that if you would fight fair then you'd have him like, quite scared
But don't forget the TEC held high by your right ear
So listen loud and clear: you don't wanna lose your life, dear
And don’t you show a slight tear or let 'em sight fear
Just let 'em disappear the night air, yea with your Nike Airs
Ride by the crackheads, left alone in the apartment
Mothers be jobless, so they make dollars shaking it topless, and
Daddy been gone said he, took off like ostrich
Since he gain knowledge, I’m keeping it with the synopsis, and
Shit like that make you wish you were adopted
To escape the pain, you join a gang and get intoxicated
Have no shame, nothing wrong with some Mary Jane
The only thing is you do it again, and again, and again, and again
And again, and again, and again...

[Verse 3]
Imagine me fed up, a go-getter, for mo' cheddar
Po' never, blow Berettas ‘cause I know no better
No Era, no STEEZ, no Kirk, no Lee
No school, no OG, no talent, no me
What if I just ain't act right?
What if I pack crack white with my sack tight, join the gat fight?
The click-clack type, slide in the vipe with the black stripe
And give my friends the back knife, ‘cause "That's life, nigga" 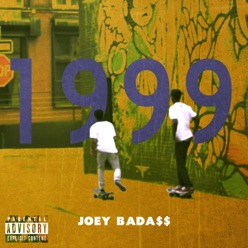