Same As It Ever Was

Uh shoot'em all baby
Just call it in one time for me real heavy
Back in black, who's the mack
Sittin' on the back of the Cadillac
It's the D motherfucker better pass me the mic
So I can rock on and drop the styles I write
I like hip-hop, ya don't stop and all that
I rock a free style a b-boy style
Play that's fat, It's making me sick
Punk get off my dick

My head's not swell, kid I'm not sell
Don't feed me soup just give me the funky loop
I'll rock it to the best of my ability
Runnin' mad styles and showin' flexibility
'Cause I'm the man that's on point
When I jam a funky joint
I'm on some of the over there yo, I just don't care shit
Pass the mic then I'm gonna' tear shit
Up like a piece of paper, your girl caught the vapor
When I ran the caper, I ain't rearranged
So don't look strange, I'm the same motherfucker
Ain't a damn thing changed

'Cause I'm hard like stone, don't play me soft
And I rock rhymes frequently I drop it often
I'm off in space, I remember your face
But don't remember your name 'cause it's all the same
As it ever was, that's what it is money grip
Don't trip or I'm gonna' bust that lip

Bust it, flip it, skip it
Just like a stone on a river
Ya know I'm gonna' give her, whole lotta' flavor
Criminal behavior, used to be how I made it
But that shit's over rated
Now I rock rhymes over funky beats
I fuck fine hookers between satin sheets
They say money changes people but I won't 'cause
I'm the same motherfucker that I ever was

Same As It Ever Was de Everlast 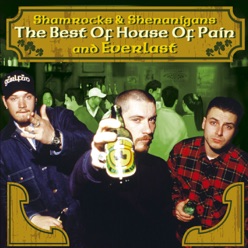