[Verse 1: Ludacris]
Grease don't pop on the stove no more, moved on up
double shot Hennesey fill my cup
Luda choke smoke in a big black truck
Should I wild out, WHAT THE FUCK?!
Act like my rims ain't clean
How you gonna ack like my neck don't bling?
Haters get sprayed like aftro-sheen
but they don't never really wanna pop them thangs
Cane, cane sugar man Luda don't go
and I stop at a light, pull off so slow
but I'm out for the night, so pass that dro
So, daddy come home in a Cadillac brome, cadillac brome
Now don't it sound absurd
Claim College Park where they flip them birds
Trick car alarms, then bend them curves
Chop chop, chunk it up fat man herb

[Verse 2: Ludacris]
It's illegal bout the plants in my backyard grow, that's my bud
Smoke 'til ya drop out, that's my luck
Keep a couple rolled and I hit the club in the back door, NIGGAWHAT?!
Act like I don't make cloud, how you gonna act like I don't getloud?
How you gonna act like I don't rock crowds?
and leave a lot of people with a gap tooth smile
If I recollect right then you sound like dirt
but, I guess what you really don't know don't hurt
with a vest, and a pump hear the shot gun squirt
My folks on the block, man, they got that word (they got thatword)
Don't it smell so good, in Southwest where they rep that hood
Protect your chest, they up to no good
and come through flossin, they wish y'all would

[Verse 3: Ludacris]
Worldwide hustlers get that dough
work that tip, get rid of evidence, move that brick
Keep a D eagle with an extra clip
think it ain't so, SUCK A DICK!
Act like I just do rap
How you gonna act like I just ain't strapped?
How you gonna act like I don't push lacs?
Black Eldorado, fifth wheel on BACK!
Ichy finger trigger, man, Luda don't squeeze
With a mac, with a glock I'ma make 'em say please
In the back, on block so the cops they freeze
And I'm so high, I think I got a nose bleed, you gotta nosebleed?
Don't it smell so sweet?
In DECATUR, where they pack that heat
And ROB NEIGHBORS in the night creep, creep
I'll see you LATER we'll be in them streets... 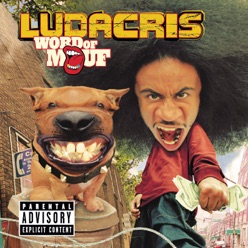