Call us America's sweethearts - we found a place in Roxbury
Where we can meet the mortgage, go to church on Sunday
I teach communion class and David leads the choir
Ten years together thinking about children

Lots of children out there beat up, beat down, hoping for a
Home and a harbor, a hand that doesn't hit
Where the form said father and mother, we had to cross it out
Father and father, that's David and me

Twelve months of waiting, suddenly two little boys on our doorstep
Scared and crying, gave them a bath and tucked them in
Three-year-old Jamie, little brother Scott
Jamie had a bruise like a boot in the middle of his back

Refrain:
Love is love, no matter who, no matter where
Love is love, and a child knows when it's there
They can pry away the fingers that graced these walls with dirt
They can pull us apart, they can lie, oh they can hurt
But love leaves a trace and the heart holds a place for love's return

McDonalds and K-Mart - do you know how hard it is to find kids' shoes
Scott's first haircut, grinning and a little confused
Outside the aquarium baseball jackets red and blue
A picture is like time that's standing still

Jamie was a scrapper, he punched his brother, decked the kid next door
He threw a plate at David then ducked and cowered waiting for the blow
After supper I held him close, "You're safe here, this is your home"
And the rains came to the parched and broken earth

But the papers smelled the headlines - gay parents, two little innocent boys
TV news on the front porch, politicians made a lot of noise
Liberal governor, he gave the order
Social worker phoned, "Have them ready at three"

Picked Jamie up at daycare, kids were running shouting as they played
We didn't want to tell him, maybe the governor could have explained
Jamie was screaming when we strapped him in the welfare car
David said, "We love you," and they were gone

You find out who your friends are, some came 'round some just let it go
Rallies on the common people singing people saying no
This is crazy - but Scott and Jamie
Are still pinballs in a busted machine

The kitchen's clean and quiet, we changed the furniture around
Still keep Scott's rabbit - in the middle of the night sometimes I wake to the sound
Of a little one crying when there's nothing there at all
David holds me, says "Go back to sleep" 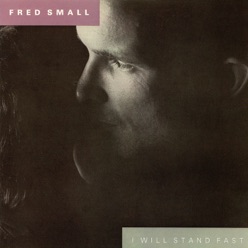