(be), to be the harlequin who shines in dead gold
To kill those idle thoughts about this stronghold
(see), see the evening star in this sunset glow
Sailing the splendour ships straight on the port bow

(chorus)
(shine), it fired his imagination so far
And he gave rise to hope
(shine), this true ring of conviction will leave a scar
(to) the dancer on a rope
(shine), so where`s the difference between man and machine ?
And who will draw the line ?
(shine), the game is worth the candle, always been
May all the ways then shine

(he), he`s not the silver slave supposed to be
He`s on the rise to fame out of this tragedy
(free), so now the odds are even, literally true
There is no limit to it all, there is no taboo

In this palatial hallway
Should all be null and void ?
Between the tricks of fortune
In years that he enjoyed
He is the one enigma
High-flown beneath the sun
Is he the last resort ?
When future has begun 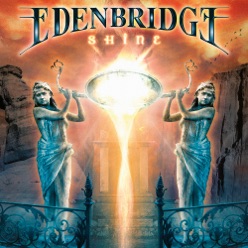