Roll up roll up to the land of dreams.
We weave and spin a web of fantasy.
We touch on the pain and fear...
Then whisk you back to the consumer world.
Touch the surfaces smooth the veneer,
While three-quarters of the world starves.
What do you care?
The glitter continuing to glitter
The tinsel showers and Tinkerbell
Waves the magic wand.
Sell sell buy buy.
You know the name of the game.....

All right Jack sitting on the fence

They sit on the fence
Real people stand against and say
They have the best intention
Just a rip-off trick it's always hip
To keep in with dissension
And if an arms dealer is the record boss
The record labels can run 'em at a loss
It's money well spent to control the dross
What they don't break gets bent..... John

All right Jill sitting on the fence

We've seen their best and we're not impressed
So let's get priorities straight
A hamper from Harrods and the patronising gestures
Ain't gonna change the state
While the people who care are prepared to act
The pantomime clowns keep the system intact
Shamming a commitment they so obviously lack
The love they sing is hate..... fakes

On their side American troopers and bombs
On our side the trash and consumer cons
We've been occupied, culture smashed and betrayed
But the spirit is untouched..... look out...

America owns America wins
Comes in packets bottles tins
Blinds our eyes fills our ears
It's been our soul for twenty... years

We stand among your war machines
Looking for the light
Squaddies grunts and filth sip pepsi-
cola wait to fight...
The bricks of our world
That you cover in plastic
Will sail through your plate-glass windows
E.T. go home...
E.T. go home...
Mickey Mouse fuck off. 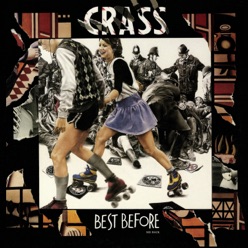