In the streets of New York
Dope fiends are leaning for morphine
The TV screen followed the homicide scenes
You live here, you're taking a chance
So look and I take one glance, there's a man inside an ambulance
Crowds are getting louder, I wonder how the
People want to go fight for the white powder
People hanging in spots
They waited until the blocks got hot
And got raided by the cops
I'll explain the man sleeping in the rain
His whole life remains inside a bottle of Night Train
Another man got his clothes in a sack
Cause he spent every dime of his rent playing blackjack
And there's the poor little sister
She has a little baby daughter
Named Sonya and Sonya has pneumonia
So why's her mother in a club unzipped though?
Yo that's her job, Sonya's mommy is a bar stripper
Drug dealers drive around looking hard
Knowing they're sending their brothers and sisters to the graveyard
Every day is a main event, some old lady limps
The pushers and pimps eat shrimps
It gets tiring, the sight of a gun firing
They must desire for the sound of a siren
A bag lady dies in an alleyway
She's seen the last of her days inside the subways
More and more down the slope, the kid couldn't cope
So he stole somebody's dope and a gold rope
Now my son's on the run, he's a wanted one
Had fun then was done by a shotgun
Upstairs I cover my ears and tears
The man downstairs must have drank too many beers
Cause every day of his life he beats his wife
Till one night she decides to pull a butcher knife
Blind man plays the sax
A tune called "The Arms on My Moms Show Railroad Tracks"
Many lives are cut short
That's when you're living
In the streets of New York

Baby needs new shoes
But his papa uses all the money for booze
A young girl is undressed in the back seat of a Caddy
Calling some man Daddy
Three men slain inside an apartment
All you could see was the sparks when it darkened
Daylight broke, cops roll on the scene
The drug war, daily routine
Gambling spots, just a poor man's jackpot
You winning a lot, you get shot
The drug dealing fanatics
But you don't want no static
Cause they got crack addicts with automatics
Shoot-outs for a desire for territory
A kid got caught in the crossfire
A tired mother can't take no more
She grab the bottle full of sleeping pills and took about 24
Human beings are laying on the pavement
Cause they're a part of a mental enslavement
The cop snipers, little babies in dirty diapers
This type of life is making you hyper
People scouting a torched-out building
And got killed when the cold air filled in
Is hell really suggested?
No more persons arrested, a child molested
A little kid says, "Yo
I got a color TV, CD player and car stereo
And all I want is a castle
I also got a .38, don't give me no hassle"
One kid heads straight for the top
And gets stopped and popped by a crooked cop
Look behind you when you walk
That's how it is in the streets of New York 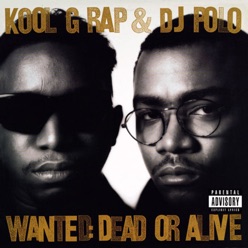