In front of the mic, behind the limelight
A star so bright shines refined advancement
Dance with the last man on the face of the earth
Who did the electric slide over the verse
Hands held high, connect the antennas
Do or die when we fly, face the grimace
Yeah let's get this off you ready, Fast Eddie
Drop a load on 'em, wrong folks got a hold on 'em
Put the Blowed on 'em, roll on 'em
Roll over 'em, no control over 'em, over me
Outwardly, inwardly, openly, awkwardly
Happily, dastardly, tragedy and casualty
Same story same flight

Where they put yo' body same strip same spite, same endin'
Same car, same endin', same tension brewin'
Give me the steel, what the fuck is you doin'?
You done enough it's not enough, act two
I'm runnin' up it's not a bluff, I'm bout to crack you
Nonchalant, idiots about no comp
Romp, with the big guys, stomp all the pies
Kick the box, light these M-80's
Ladies grab your babies, run for safety

I don't think it may be a, good idea to stand here
You have no idea of what the fuck'S about to land here
Smart bombs, J-DAMS, bring mayhem
Hold up, god damn, it's just a party
Dirty red carpet and you walk by me wobbly
Obviously, oblivious, frontin' snobby

Heat to the Mojave, heat to the robbery
Beat, to the rhymin', each, brother probably
Taxpayers killer the mayor, and the senator
Rhyme sayers say a prayer, see a minister
Drinks are on the house, the house is on the hill
The hills are on FIRE, it started in the fields
Smoke inhalation, no ventilation
No fire station, no assimilation

Now the dagger's in my back pocket, I hear the track I rock it
Pull your arm outta socket, reachin' for the cockpit
Rock shit, roll shit, control shit
Hold shit down 'til we slow on some old shit
I'll stick the pin in your neck just to earn respect
Stuff the paper in your mouth if I have to spell it out
Or write it on yo' forehead cause that's what I'm about
Run the route, bring water to the drought
When all else fails on the trails of love
Hate becomes judged, happiness won't budge

Wickedness does just as wickedness does
And I'm just gettin' above, I'm sayin' it just because I can
Just because I am a man
With the, hand that fit it and the teeth marks embedded
But God's hands, grip tight, and don't forget it
The evil in your heart is, misery's home
Where ugly is bred and grown, I refuse

I defuse the bomb but just for a moment
And like out of nowhere comes yo' worst opponent
The first ones on it, the last to leave
All my, trash is treasure, that's how it's perceived
At the end of my spin when the heights achieved
I'ma leave with a bang like how I was conceived
There's thieves in the temple with tricks up they sleeve
But no, fuck that! 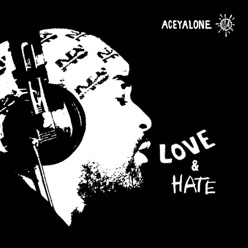