In a small, Pennsylvania town the kind that
Looks like a postcard from a distance
There sprang a true love, a God-forbidden new love
Complete with romance and resistance

Bars and churches and one-pump Texacos
Provide the setting and the frame work
He's been calling her, her mama's stalling him
But now they're on their way to claim her

Now Cupid's army, stand behind their leader
They carry chains and wear black leather
They dragged her mama out,
The neighbor fathers saw her kick and shout
And then they all did band together

And the funny thing was, she was miles away
Her aunt and uncle's house, and in the family way
And he never knew, cause she never said so
If only she had told him 'bout it
He would a' never let them go

In a small, Pennsylvania town the kind that
Looks like a postcard from a distance
There was a burst of violence in the name of first love
I know cause I was an eye witness

That Night de The Gathering Field 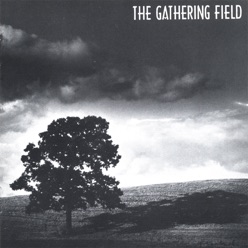