The beer I had for breakfast was a bottle of Mad Dog
And my 20/20 vision was 50 percent off
He said “Punch buggy red” and punched me right in my left eye
I said “Don’t you mean padiddle?” and I lit his house on fire
He came home on acid. I was holding his shotgun
I was dressed like Tina Turner in "Beyond Thunderdome."
He said “Don’t shoot.” I said, “I won’t. I love you, you’re my friend.”
I handed him my wig and shot myself in the head
Then I stuffed a box of tissues in the hole in my skull
I got in my Mazda, and I drove to the mall
I got a Big Johnson shirt and some silicone tits
When I pulled out the tissues they were covered with shit

And the beer I had for breakfast was a box of cheap white wine
The boombox on my shoulder was a box of clementines
I ate every single one without noticing the mold
You said, “You’re gross, my darling.” I said “No, I’m rock ‘n’ roll.”
Even though I’d never ever been in a band
I got “Kool As Black Ice” tattooed on my hand
And the Christians gave me comic books, as if I would be scared
Of burning in Hell while I was already there

And the beer I had for breakfast was a pint of Jim Beam
And a fifth of peach schnapps and some warm Sunny D
And you said “Bottoms up!” just as I bottomed out
I tried to scream “fuck you” but blood was pouring out my mouth
Evan Dando never planned on telling you the truth
And your Leonardo I.D. card is your fountain of youth
You can be a teenager for your whole fucking life:
Just find some pretty sucker and make that bitch your wife

I guess by now you all known my friend Danny broke his neck
He was driving home from Sirens and he got into a wreck
First I cried for him, then I cried for me
Haunted by the ghost of the girl I used to be
But the rocks with holes are warm in my hands
And I bury my toes in the hot, hot sand
And the silver-pink pony kisses me and
Says “You’ve come a long, long way and you deserve to be really happy.” 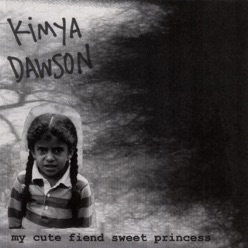