Sometimes when you're not looking he just sneaks up on you. he looks like a cheap sort of flying saucer about five feet across with a snout-like megaphone apparatus in the front with two big eyes mounted like appletons with miniature motorized frowning chrome eyebrows over them. along the side of his disc-like body are several sets of stupid-looking
Headers and exhaust hoses which apparently propel him and punctuate his dialogue with horrible smelling smoke rings. in the middle of his head we can see an airport wind sock and constantly twirling anemometer. the bottom of him has a landing light and three spoked wheels. in spite of all this, it is obvious that the way he really gets around is by being dangled from place to place by a union guy with a dark green shirt up in the roof who is eating a sandwich (pieces of which drop off every once in a while and lodge themselves near the hole where they put the oil in that makes the cheap smoke).

He hovers into view and speaks to us thusly...

Central scrutinizer:
This is the central scrutinizer...it is my responsibility to enforce all the laws that haven't been passed yet. it is also my responsibility to alert each and every one of you to the potential consequences of various ordinary everyday activities you might be performing which could eventually lead to *the death penalty* (or affect your parents' credit rating). our criminal institutions are full of little creeps like you who do wrong things...and many of them were driven to these crimes by a horrible force called music!

Our studies have shown that this horrible force is so dangerous to society at large that laws are being drawn up at this very moment to stop it forever! cruel and inhuman punishments are being carefully described in tiny paragraphs so they won't conflict with the constitution (which, itself, is being modified in order to accommodate the future). 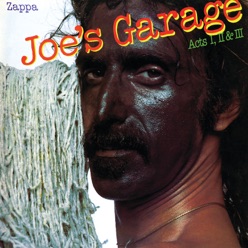