Let me see some hands y'all, what's the deal?
Spontaneous combustion, always keep my movements herbal thrustin'
Showed up on the scene trailed by gale force winds gustin'
Bustin' through obstructions with percussion like a wreckin' ball
Brothers runnin' game but to be honest I ain't checkin' y'all
Psycho fans prepared to answer my every beck and call
But I don't abuse the privileged
This raw underground gritty MC lifestyle, I'm livin' it
Last will and testament? I ain't never givin' it
Why, cause what I touch remains infinite
Cremate my material items perpetuate your soul by sniffin' it
I make a Rhodes scholar sound illiterate
My soul is old, rhymes dirty, born illegitimate
My shit received five mics before I submitted it
If it didn't it's because the reviewer was inconsiderate
Probably got his head up some R&B ass
But it don't matter though, ain't nobody scarrin' me last
I drop the fat shit, everybody bounce to this fat shit
Wrote the classic rhyme and chose the fat beat to match it
Lightning quick skill, Garciaparra couldn't catch it
I hate it when emcees wear mascara and they ass switch (word up)
I got the matches and my finger's on the gas switch
Now, only AK remains top draft pick
Create a female MC from my rib
And start a new breed of rappers to freak the ad lib, word

On the mic I shine like lightning bolts flashin'
Rip it with a passion, foes I'm smashin'
Ashin' out the spliff and get right down to biz
Emcees all suck, they failed the pop quiz
How you measure who the nigga reignin' at the top is?
Platinum plaques or well crafted business
Witnesses across the nation vouch for Ak
While you diggin' in your couch for crack, I attack (what?)
Smack raps out the park like Mark McGuire
The crowd needs ignitin', let AK spark the fire
I be the raw supplier of the pure uncut son what?
I'm stingy like bustin' one nut
We're fundin' missile launchers while ignorin' the schools
But there's war in the schools, but we're led by the fools
And that leads to ignorant rappers who smoke ooze
And get ripped by AK 'cause they don't know the rules
Drop jewels frequently at various frequencies
Recently emcees have been ignorin' common decency
But now we gon' see how that go
And when you see AK be prepared for the flow

Aight? On the mic shit this some real shit yo
It's Akrobatik y'all, Boston Massachusetts
Who's up next? Who's up next who want the mic next?
Where where'd all the emcees go?
Yo, no-nobody want to touch this? It's hot though aight?
He he he 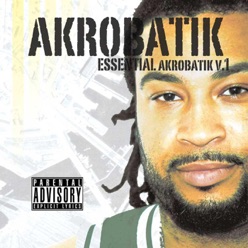