The Garden of Allah

It was a pretty big year for fashion
A lousy year for rock and roll
The people gave their blessings to crimes of passion
It was a dark, dark night of the collective soul
Now was somewhere out on riverside
By the El Royale Hotel
When a stranger appeared in a cloud of smoke
I thought I knew him all too well

He said now that I have your attention
I got somethin' I want to say
You may not want to hear it
I'm gonna tell it to you anyway
You know, I've always liked you, boy
Cause you were not afraid of me
But things are gonna get mighty rough
Here in Gomorrah-By-The-Sea

He said it's just like home
It's so damned hot, I can't stand it
My fine seersucker suit is all soakin' wet

Nice car
I love those Bavarians, so meticulous
You know, I remember a time when things were a lot more
Fun around here
When good was good, and evil was evil
Before things got so, fuzzy
Yeah, I was once a golden boy like you
And I was summoned to the halls of power in the heavenly court
And I dined with the deities who looked upon me with favor
For my talents my creativity
And we sat beneath the palms in the warm afternoons
And drank the wine with Fitzgerald and Huxley

Today I made an appearance downtown
I am an expert witness, because I say I am
And I said, gentleman, and I use that word loosely
I will testify for you
I'm a gun for hire, I'm a saint, I'm a liar
Because there are no facts, there is no truth
Just a data to be manipulated
I can get any result you like
What's it worth to ya?
Because there is no wrong, there is no right
And I sleep very well at night
No shame, no solution
No remorse, no retribution
Just people selling T-shirts
Just opportunity to participate in the pathetic little circus
And winning, winning, winning

It was a pretty big year for predators
The marketplace was on a roll
And the land of opportunity
Spawned a whole new breed of men without souls
This year, notoriety got all confused with fame
And the devil is downhearted, baby
'Cause there's nothing left for him to claim

He said it's just like home
It's so low-down, I can't stand it
I guess my work around here has all been done 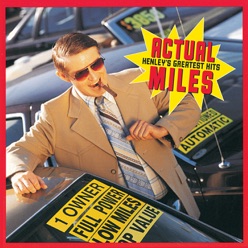