The Girl I Can't Forget

Well, she picked me up in a German car
And she took me out to an Irish bar
Where I drank some beer in a plastic cup
'Til I had some trouble standing up
And then she drove downtown to a strobe-lit space
Where all the guys wore chains and the thumping bass
Was so intense I could barely feel my face
Then I think I asked her back to my place

But that's all I recall
And when I woke up in the hall
I was alone and softly groaning
And I lost my keys, and I lost my phone, and
I wondered what I did or said
That I might soon regret
It was the night I can't remember
With the girl I can't forget

Well, I was reeling, watching the ceiling spin
The next evening when my friends walked in
And when I asked them if they knew where I'd been
They didn't speak at first; they only grinned
You see, I'm not the type to get in fights
But that might not have been the case last night
Because they heard that I had a word or two
With the man who asked, "Is she with you?"

The Girl I Can't Forget de Fountains Of Wayne 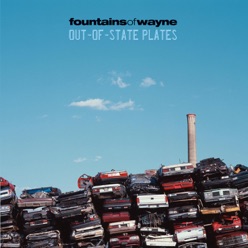