The Mermaid And The Seagull

Listening to you idle talk
Smoke rising to the ceiling
The words just seem to float on by
Maybe you've had the feeling
Then looking into my empty glass
I noticed the bar clock was ten minutes fast
My beer was gone, and my money's spent,
And I think it's about time that I went.

I went walking along the main road
How can they call it High Street?
I said "Hello" to a face I know
But he had someone to meet.
Then I noticed that the sea was coming in
I almost felt like taking a swim,
But the sea gets wild so I've been told
And anyway it was much too cold.

I buttoned my coat up to my chin
Went walking along the sand
I thought I heard the mermaid sing
To the sound of a big brass band.
A seagull offered me a ride
And so as not to hurt his pride
I said I wasn't going far
And I let him carry my guitar.

Then along come a mermaid, said "Come sing me a song,
And I'll stop the band from playing".
I was pleased and played with ease
To the mermaids gentle swaying.
I must've stayed there for an hour or two
The seagull said he'd have to go
And the mermaid said that she'd rather hear more
But she left me standing on the shore.

The sun was bathing in the sea
Right on the water line.
I shouted "Goodbye", but he didn't reply
I know he had no time.
Even my footprints had disappeared
And as for the road I steered
Out from the sea there come a sigh
I think my mermaid said "Goodbye".

The Mermaid And The Seagull de Ralph Mctell 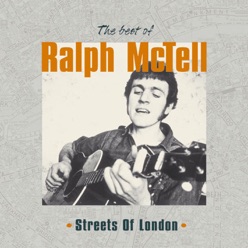