Years ago, my friend Bob worked
Pacific Ocean Park
As a knife-wielding spook-house clown
And ran a booth with a bingo-playing-chicken Shocked by jolts
from concealed electric grids
Bob has since repented, now he's the cook and
The owner at a roadside greasy spoon diner
And if you're down on your luck,
Bob will feed you without charge
And treat you to some magic tricks

He says his dearest friend he calls "The Ghost"
Worked in a luggage factory
He was fired when they claimed his work was Oblique and unsatisfactory
"He's missing," Bob says, "branded as a spy,
But I prefer to believe
He's still working on the sly and

Gloria's nineteen--was an L.A. whore
Who worked the south end of Sunset boulevard
Found in an alley in a drug-induced coma
Behind a Dunkin' Donuts
She says she left her body on the hospital table
And she hovered over it for awhile
Then she was bathed in light and a voice said
"Gloria, you've still got some work to do"

She awoke to a religious nut screaming on the TV
Strange words that made some sorta sense
And as she prayed, this spectre seeped through
The spaces in the hospital heating vents
And then it disappeared, but to this day
She swears it stole her heart away, and

I'm successfully concealed behind my pork pie hat,
Fake beard, and dark sunglasses
Convinced them I've authored several
Supernatural thrillers
And doing research for my latest book
And as the sun goes down, a shadow is cast across Bob's drawn and troubled face
He rubs his eyes, and I leave,
But my shadow doesn't follow,
It's fond of Bob's hot joe

And I've been working at the organ bar
The customers all love my style
They say I'm master of the organ bar
But me, I'm looking for revival 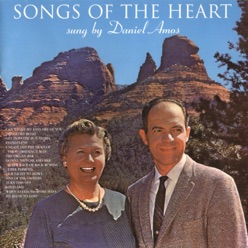