(Word up)
Jungle Brother, JB for short
A bite a bit my rhyme and we almost fort
But since he was a brother I thought that'd be wrong
So I let him go, I let him run along (Run along)
I write rhymes like I come from New York City
My DJ spin the music down to the nitty gritty
When the downstairs funky five days a week
Searching and seeking for the Baby Bam beat
The African rap that comes from within us
Brothers heard about it now they wish they could've been us
We did an album with no problem
Now we working on another with another Jungle Brother
(Me) Q-tip, his name, he's into business, not into games
So Q-tip when the light turns green
Grab your bone and show them what I mean

My bone is grabbed, this is what I mean
I brag a grab, and here's the scene
Q-tip, (Q-tip) from a Tribe Called Quest
Saw the Jungle Brother's album, oh yes
So get the ducats it's coming out soon
A month after March, two before June
It's nice with Ali Shaheed Mohammed, my DJ who
Is real dominant (Mohammed, Mohammed)
He and I form the funky Tribe
If you want to get with it, just feel the vibe (Feel the vibe)
Me and Ali are extremely radiant
And to be heard like the horn of Gideon

Get it? If not you're a goner
Get wise or get something, 'cause your going to want to
Lamp, after you hear from me
The Tip from Quest my DJ's Ali
Say it from the Catskills, to the Soho
Listen to the words they say on the Promo
To the bewildered let it be said
I'll mix you up more like DJ Red
So Mike G, when the light turns red
Don't stop, proceed ahead

Go on with your
Go on with your
Go on with your
Bad self
Well, I'm going (Where?)
Straight to the treetop
Eating crazy fruit, so I can't stop
Squating here, listen to the LP
Straight Out The Jungle from the JBs
Baby Bam beat keeps the bass bottom bouncing
Suckers littering, girls ouncing
Women inching, girls pinching
Run to the record store to see if this new inventions in
Remixes, out fixes, we write it, you like it
Rap music, house music
No matter what it is, the JBs can do it 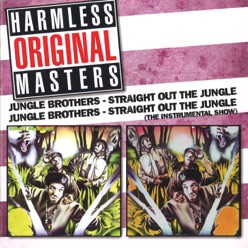 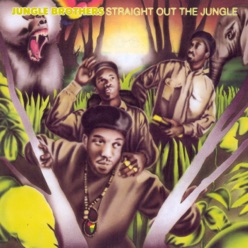 Straight Out the Jungle
1988 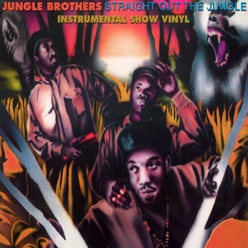