I'm trippin over dumb drunks at a party
My girlfriend just ran off with the DJ
I gave her everything, but she refused it
It don't matter, she don't know how to use it
My confidence is dwindling
Look at the shape I'm in
Where's the girls, where's the wine?
I ain't thirsty, but I'm standing in line
I'll have the usual
I'll have the usual

Fifty silhouettes tumblin' on the dance floor
Pink elephants fallin' through a trap door
Sixty cigarettes a day 'cause I'm nervous
When will that chick serve us?
I used to be a good boy, livin' the good life
But fifty thousand kisses later she was a housewife
She was good, I was unkind
I ain't thirsty, but I'm standin' in line
I'll have the usual

Big Jim says the second comin's comin'
I think he's seein' double or something
Or something
You can hang around waiting for the also rans
I can't win, but I've seen enough, man
I got a drink tab
A fifth of whisky keeps the doctor away
A little more and it's judgment day
I had a future, but she just passed out
I'm gonna drink 'til I seek
What it is I'm always thinkin' bout
I'll have the usual
I'll have the usual
On the rocks
With a twist
Whadya gotta do to get a drink around here?
I'll buy! 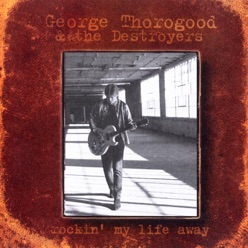