[Verse 1: YMTK]
Mondrian, 11: 13 on my arm
The Time is ours, we in a hired car
The sky ain't far because we high as mars so we sliding off
To a place where they serve it
And we tip them well for their service
The perfect night let's get turnt tonight
It's just me you and your girlfriend
Shrimp in the Pasta came from the Deep Sea
And now we want to go dipping, skinny
Sneaking in to the closed pool
And all because we've been drinking, Remy
Had plenty, Had you on my lap in the back of the cab on the way back
And you saw when your friend kissed me
And I smiled, and you smiled back
And I said

[Verse 2: Mann]
Inspired by them young ride or dies
Who know what's up with what I'm trying to try
I like my girl the opposite of Hi that's Bye (Bi)
And Drunk off whatever liquor she likes
I wonder what seeing her lick her be like
It would probably be tight
This ain't some shit that goes on every night
Special occasion when the feeling is right
This wild life of mine
I've always been on some different shit
And I know my girl is fine
But dog do you see the Bitch she with?
We wanted to add some ingredients
So we put her homegirl up in the mix
I'm into chicks, she's into chicks
So don't be surprised when you see them kiss 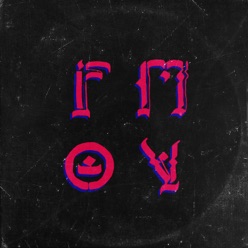