In the middle of summer nineteen fourteen
The young men of europe all in their prime
Ahead lay the horrors of a world insane
It haunts me now to think about that time
One assassination leads to a clash of nations
Everybody talkin' war. a country worth fighting for
But how was anyone to know that hell was in store
Sign a dotted line and give a man a gun
Don't worry boys, you'll all be home by christmas
But little by little the lights were going out
And heading for the front line the men were listless
Wondering in the rain will they ever see home again
Slaughter is about to start. best friends are blown apart
Never been a bloodier war in memory before
Shelling day and night driving men insane
Screams of the dyng in no man's land
Nowhere to run from the gas attacks
And everywhere you turn there's another blind man
Losing life and limb. gangrene and rot set in
Weapons out to kill and maim. the boys are cryn' out in pain
Never be the same again. never see an end
If you ever get to france see the poppies in the fields
Just think about the red of the blood of heroes
Who died in the fury of battle day and night
The carnage of war all around when the sun rose
All the mud and rain. machine gun fire again
Never gonna leave that trench. wallow in the mud ad stench
Dyin' on a stretcher bench. time to say goodbye
A generation lost, four deadly years
Families left behind to a life of grieving
Ten million graves to be left untended
Nothing anymore left to believe in
Bodies ripped and torn long before i was born
But all those fine young men. never see their like again
I can vividly recall the pain down through the years 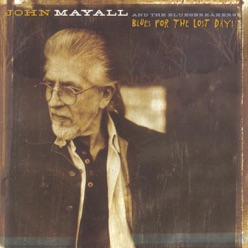