i was at that smartass time of my life
where id pick a fight just to pick a fight
if he said black, i said white
if he took one side i took the other side
the dinner table we sat around
was more like a battleground
and i lost more times than i won
i woulda learned later on

that he was always preachin bout his past
i just kept screamin" Come on, dad!
That was twenty years ago
you dont know me at all!
tryin to talk to you is like talkin to the wall
yeah, you gave me my life, but its my life to live
maybe i dont wanna live it like you did, Twenty years ago"

he was built with blue collar sweat and blood
squared jaw and a crew cut
a purple heart, a Viet Vet.
He'd tell you every chance he'd get
Always runnin down my rock n' roll,
my friends, my hair, my clothes.
But one night it got out of control
and right there we came to blows
and that was just enough to get me gone
I couldn't wait to prove him wrong!

"Well i left as fast as the leaves fell that autumn
I never looked back and i never once called him
but every time i talked to momma
i wondered if he was there,or if he even cared
i figured i walked out of him and the course of our love had run
momma said 'no,no, you listen to me son, hes a stubborn man and he won't give in.
he believes what he believes, well youre just like him'
well i could tell by her voice there was something wrong
she broke down, and said he aint got long
so i caught the next plane home,
thought about all the years gone
had my pride that i let so much time go by
i ran up those stairs and stood by his bed
and i cried"

Twenty years ago
thought i knew it all
but tryin to talk to me
was like talkin to a wall
i thought i was a man
actin like i did
but all i want right now
is just to be your kid
just before my dad gave up the ghost
he took my hand and said "son let it go, that was twenty years ago"
twenty years ago 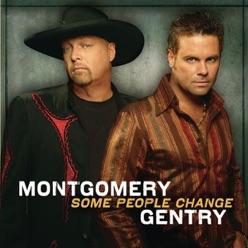