"Sod the music," said the man in the suit,
"I understand profit and without that, it's no use,
Why don't you go away and write commercial songs;
come back in three years, that shouldn't be too long..."
He's a joker and an acrobat,
a record exec. in a Mayfair flat
with Altec speakers wall to wall,
a Radford and a Revox and through it all he plays
strictly nowhere Muzak.
"Hey, listen, baby, this band's got a lot of soul...
if we can beat that out of them I see a disc of gold!
Give them an image, maybe glitter, maybe sex,
maybe outrage, maybe elegance -
how about as nervous wrecks?"
Signs up the product at two percent,
justified by vinyl shortage and the increased rent
on the yacht he has to hire to make his pitch at Midem
and all the press receptions for his business friends
who spill their Taittinger upon the floor
while the band sip English lager just outside the door.
Treble, alto, bass clefs on the page,
crotchets, quavers, minims all the rage
but you'll never find a -L- in the score -
it's there when it's strictly merchandise,
through all the propagated lies 'bout what the whole thing's for!
He'll make you a star, he'll make you so famous
that all you desire is to be left nameless,
drained of all you felt you had to offer at the start.

Not without blame, either, are the gentlemen of the press:
you can talk about the state of music,
they will writer about your dress.
Play them the new album, they will say it's great (or not) -
when the articles come out, they're all about
how many dogs you've got.
God to keep the human interest high,
and the hacks are only too willing to comply,
pander to the ego, build up frail men as gods -
but somewhere in the process, the prime purpose is forgotten.
Groupies offer their bodies, the hangers-on their coke;
it's all very jolly - what a joke!
Fellini creatures cluster round the dressing-room.
the heavenly bodies all got to have their moons.
In the cult of the superman the music plays a supporting role
and far more important is the shape of his nose,
the size of his codpiece and the cut of his clothes...
soul and feeling always take second place
to the bump and grind of a Fender bass.
Frankly, most musicians bore me - but not as much as those
who chase the glory to bask in reflected light,
making the man much more important
than his arpeggios and mordants,
when it's the other way that's right.

On the values by which this world makes its heroes
then the best violinist ever was Nero,
because he had the most Press
and his fire gimmick was simply the best. 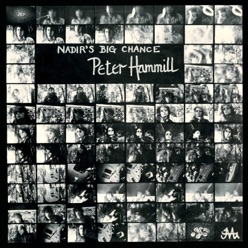