[Verse 1 - Young Cash]
See, me dawg?
I'm trying to be on MTV, dawg.
But I ain't paid rent and haven't ate in weeks, dawg!
Sweet Tea Mob, we the hardest down south,
But it's hard to write lyrics when a nigga's lights out.
I'm Big Virgil, that's Light Skin, that's Big Uzi.
We become rap stars, and star in all the movies.
I'll have a mansion in the Hamptons by P-Diddy,
Got 500 million copies laughing at that nigga Fifty. (Ha ha!)
I'll be so rich, all my cars will be new ones, (will be new ones)
If I feel like it, might buy a couple humans. (couple humans)
Call Doela Man, tell him bring some weed around, (weed)
no more 5 dollar sacks, I buy 'em by the pound.
Graduate from Dickies and Chuck Taylor's, dawg, (Taylor's, dawg)
Now I wear Gucci suits and Alligators, dawg. (gators, dawg)
I might buy a house on Mars, now I know y'all jealous,
cause my homeboys like "How's Earth, fellas?"

We The Mob de T-Pain 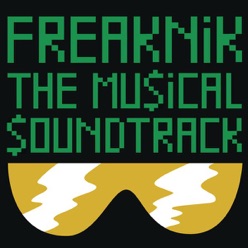