You end up spending all your fight to keep your place under the light
In front of new kids who don't seem concerned
So we must teach them what we've learned
When you're DIY you don't have to apologize, you can cut the ties
When you're DIY there's no need for compromise, you can be yourself

They can't take it away: Punk will scream what corporate rock can't say

It never works to play their game, things always turn out the same
Times have changed but it's still not funny
They turn rebellion into money

When money's involved, morals are pliable
You can't be punk and commercially viable
No message survives, once it becomes buyable
If you want to make a difference keep it DIY-able

It's time to give a second thought to what's been gained
And now what's been lost, once punk was young and dangerous
But now that's all been taken from us
By an industry a billion dollars strong
That still has nothing on an old school singalong
We can fight, and we can win, it's time we start this over again 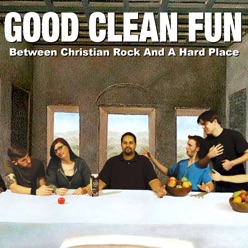