There once was a time when the rulers of the world
Were men of honour, strength and integrity,
Stern with power, held with pride,
Ruthless and eager, to rush into battle,
And crush their enemies, no mercy was shown.

A time when warriors led their armies to victory,
And laid waste to the downtrodden and unworthy,
Skilled with blade and military conflict,
A force found in the untainted heart of war,
Voiced with the power to unite and lead,
Any army to any end, and any man to any fate.

A time when warriors led their brothers to victory,
And hailed a new order, a black mark in history.
Blood sows the seeds for a new forest of impaled,
Raise the spears toward the sky, gutting the false,
Death leads the way, to the oceans we have sailed.
Loft thy spear toward the wind, chart a new course.

All hail the new order, our black mark in history.

Blood sows the seeds for a new forest of impaled,
Raise the spears toward heaven in defiance of lies,
Stab the spears into earth, making a stand.
Slam the spears down, quake the earth with darkness. 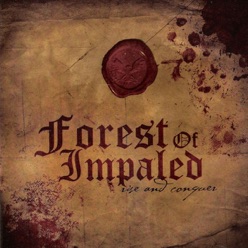