Lookin' for adventure, but the block was not
The block was real, Woo got killed
Half a year later, Big Spank got killed
And I got robbed, and Ronnie got shot
And I bought my first tape by 2Pac
And I got hard, cause I was smart
I knew that the weak and the meek couldn't make it in the street

Had to assert yourself to survive
So I convinced myself it was better for me
To be Jack in the *Lord of the Flies*
It's a book I read, books I read
Cause I'm addicted to literature
As a young boy rollin' 'round with the clique
Cause of that I was insecure
I was insecure cause I realized
Ain't no room for the civilized

When the wild men rumble in the jungle
And that's why Simon and Piggy died
Ralph survives, but he lives changed
Nothin's the same, shit'll drive a man out his brain
Drive a young man insane
My cousin Jimmy had a breakdown he ain't never been the same
And he never will be again
If I could fix his brain
Take back the crack in his mind
Give it all back, you can have the racks and fame
I'd give it all back in exchange

I lost my youth, chasin' my youth
Made me a youth in the back of a coupe
Teenage love, like Slick Rick said
I hit her with my Dougie and I had a gold tooth
Fur Kangol, Filas too
She was light-skinned red gold tooth
But of course it didn't last cause I had to go to college
And she was still in high school
Damn, I'm a dad, this is bad
This ain't good, my baby's in the hood

And I'm walkin' 'round the black ivy league campus
Like I wish you house niggas would
So I go get a job, UPS
Where they treat you like BS and
You all know how the story goes
Drop out of college and sell 'ses
I figured I'd invest in studio time
Drop rhymes, have success
But, mostly I got fronted on, stunted on

Nigga dealt with some stress
I'll take that two, take that three
Cause my momma got to see me on TV
And my grandmomma got to get her Grammy
And my grandaddy got to see his boy eat
See his boy grow, I wish I never had that show
I wish you never had to go
Wish you could meet my wife, wish you could see my life
But you had to see the light
Wish I had you one more day
Wish I had tomorrow that's your birthday
We can sip gin, straight get fade
We can ride old schools through the trey 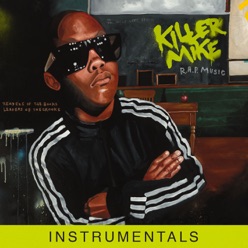 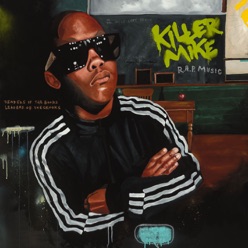