Well, they gave him his orders at Monroe, Virginia
said, "Steve you're way behind time.
This is not Thirty-Eight; this is old Ninety-Seven,
so put her into Spencer on time."

Then he turned and said to his black, greasy fireman
"Shovel on a little more coal
and when we cross that White Oak Mountain,
watch old Ninety-Seven roll"

And then the telegram came from Washington station
and this is how it read:
"Oh that brave engineer that ran old Ninety-Seven
is lying in old Danville dead"

'Cause he was going down the grade makin' ninety miles an hour
when the whistle broke into a scream
He was found in the wreck, with his hand on the throttle,
scalded to death by the steam 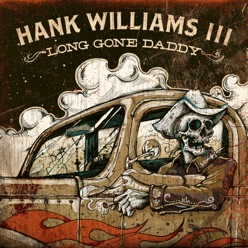