Year Of The Knife

I saw it happen way back in the days of my youth
The persecution and confusion, fear instead of love
They´ve killed so many that it´s hard to really know who´s left
Can it be that we´re all dead... and beauty is the end?

This town is small, but it´s filled with both love and hate
You seek some truth, you won´t find it here
They´re rolling stones up the hill, memories of those dead?
It scares me so, just to know, things can be this way

Young eyes... though almost gone
A reflection of this dying town
Would you walk alone, in the night, in the night...

They seek this town day and night, after "big blade Bill"
Some say he´s still here, but I think he´s gone
He´s a scapegoat, laughing in his nest, he just doesn´t care
"Maybe I'm dead... So what? Beauty is the end"

A voyeur, spying a mind while at rage
keep your distance, pose a good theory (slice)
Don´t you wander off, my love - don´t go alone into the night

Year Of The Knife de Beardfish 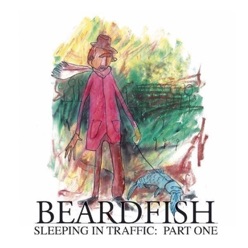