Eyes full of hate, quick to condemn
Just stay in the dark and wait for an end
You don't really care, it's jut give and take
Keeping the distance, keeping it fake

Your making your stand for nothing at all
Delighted with problems, a chance for a fall
Causing a scene to distribute the pain
It's all for one, such a nice little game

All For Nothing de D.r.i. 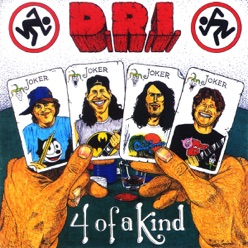