You got Asperger's, this ain't a barbecue.
It's your whole afternoon though, lost down a rabbit hole,
looking for a timepiece, wonder when your date's at,
wonder if she'll visit you at all today - relax.
Wonder how many ribbons to expect in her hair -
to deflect talk of triplets in respect for the pair
or to stare at the bow made of four different colors -
didn't notice someone talking to you: there were others
in the room, out in the gloom of the periphery.
To shift your focus for a moment is to give the ribbons liberty,
and that's to suggest they make escape.
This is a secret from the future: can't rewind like a tape.
Got to make the best and the most of each moment as it happens,
got to keep your eyes on those bows, got to trap in
your vision all four of them 'cause this is a first:
she might have noticed last time that you like ribbons that are hers.

And sometimes you wish you didn't. Sometimes it slips your mind.
But when she's supposed to visit isn't one of those times,
and you're on one of those lines of thought that you encounter
when you'd rather your surroundings were quieter instead of louder
so that you could focus on other than a clock tick.
You don't want to talk shit but the one who made the clock made the cog stick.
Minutes are violent noise,
obliterating what you thought of as silent poise .
Miles of boys before you done got crushed
out on a girl like that, her hair flush
with ribbons on all occasions and every day.
If only making study of the bow could stem its getaway.
Letter A S P E R G E R S:
wonder whether she's so confident with alphabets
that she'd do it backwards skipping alternate letters.
If you offer demonstration, would she consider that clever?
This bitter endeavor: trying to predict a reaction.
You know you're supposed to try to give the notion traction
but it don't do nothing 'cept make the clock tick.
It don't even do that. Yo, you got Asperger's, kid.

And I feel for you, son. I know love is hard.
Can't even write down all the answers on the back of a card.
From the back and the far end of a cafeteria line
you seem to catch sight of a ribbon. Fabric shines,
and you abandon your tray, leave it clatter on the floor.
You haven't planned it this way. You can't look at her no more.
You don't know what her eyes are like, whether she ever smiles,
whether anything other than how she wears her hair beguiles.
And while some apron ladies holler at you,
you clutch your left ear and stand still like a statue.
You could count cut corn on the floor without subtracting
misplaced fish sticks like Dustin Hoffman overacting.
Ain't this already a scene in need of a fast forward?
Why won't the lunch people hush, do they court discord?
You think you see a flash of color fleeing; it could be worse:
you could have known how many ribbons there are, if they were hers.

You Got Asperger's de Mc Frontalot 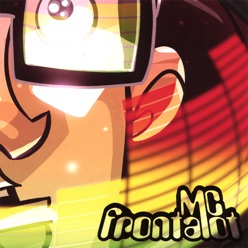