Check it, yo!
She loves me not, she loves me, loves me not
But I don't let it bug me the clubs be hot
Hugs at the listed you should become a surgeon
It's never too hot just like open up the curtains
We toasted the second round coming right up
We be VIP we got new ways to light up
I don't pay the mack or pay the MAC for access
Charge it to the gate save receipts for taxes

Evidence, back on the case, i'm hyped up
100,000 watts, my set list typed up
Dilated, wherever we go we might just
Blow the show and turn the party to a nightclub
Ladies, our thirteenth star of the game
I rap caffeine, next LP spit cocaine
After that we might clear the lane
Blackout come back and do this shit again

Platform dropped in May 2G
(2001) Next year came Expansion Team
(2 and 3) we toured and we hit the scene
It's '04 we're back to drink for free
Cheers! My team got the bombest green
Smell-proof bag so we don't cause a scene
Readin' TV, magazines and diplo schemes
Big smoke out the sunroof of limousines
See 'em come see 'em go it's our turn next to blow
We see it all turn to burn think fast talk slow
She got ass I might speak my flow
Stay on top of our game and I'm here to squash the pros
The whole place is packed of course the bar's flooded
Rappers and actors and money, the star-studded
Beat junkies mixin' and rip it apart cousin
Shorty's doing hard on the floor, they all love it

Zulu gestopo metropolitan tropical
International local the family's unstoppable
Y'all ready to move? Rock's ready too?
B-boys an b-girls, this is rock steady crew
Cool earth lit breaks out the crates
You took it from the top rockin' out the real estate
It's the LA breakers and i have to stay
Peace out to Grand Wizard Petey and DJ Jazzy Jay

Once again we hit the nail on the head
Dedicated to the ladies and my so-called friends
Smile in my face and behind me for a trash
Mad is what, tryin' to get where i'm at
Stay active, batting it, target practice
Blast off and kill, we trap tapped the matress
Who's who? That's your friends? That's my crew
We all dilated he's back and he's Babu

Who's Who de Dilated Peoples 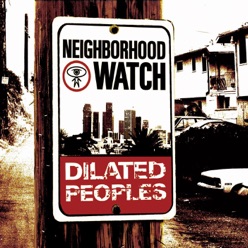